The thing about cars, small is beautiful. 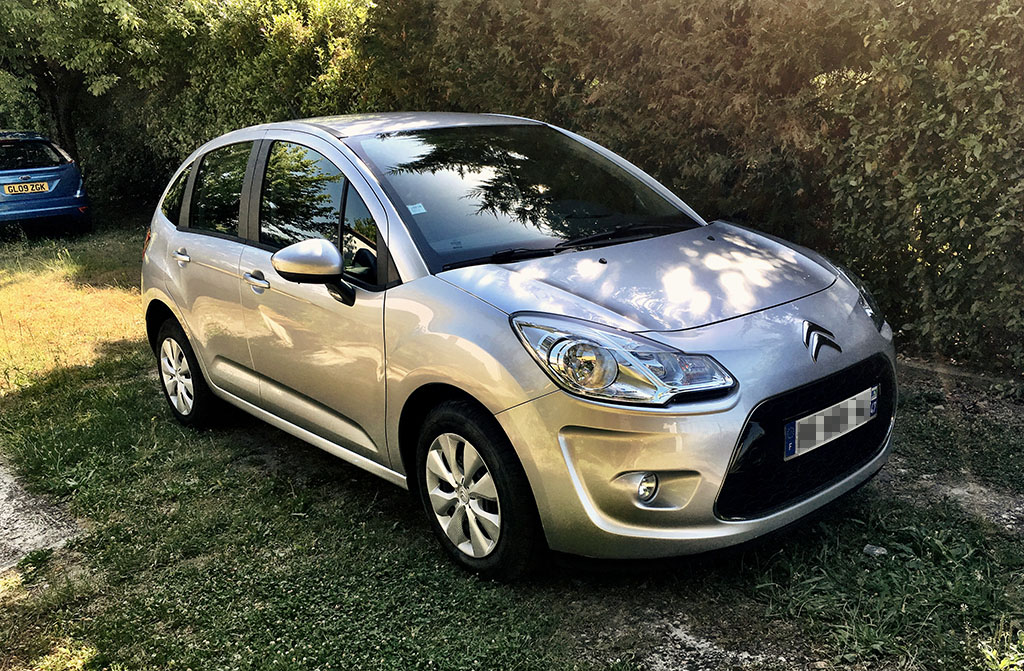 The best way for us to get ourselves down here to the Lot-et-Garonne was to drive.

Having a lovely cousin who works for a car hire firm was very helpful in getting a great deal on a van hire for the move and we were able to return the van to Gatwick instead of having to drive all the way back to Edinburgh after the move.

As previously mentioned, we drove down in a wee convoy. The long-wheel based hire van and the trusty old Ford Focus that we’d had for 6 years or so.

Once here we realised very quickly that we had to get rid of the UK right hand drive car and here’s why:

Conclusion
The easiest thing for us to do was use WeBuyAnyCar.com. Once the car was given an online evaluation, we booked it in near Gatwick so that the return journey was simple… We drove up France one last time, next morning spent just 22 mins having the car looked over and the deal was done… handed over the keys and alas, the old car was off our hands.

Great service, not a fantastic price due to the amount of rust appearing on the car, which we hadn’t realised, and the mileage had crept up too! C’est la vie, cars are, after all, money pits!

A much better car for us to get used to the rules and roads here as well as a wee nod of respect to the French manufacturers!