Featured in the Sud Ouest 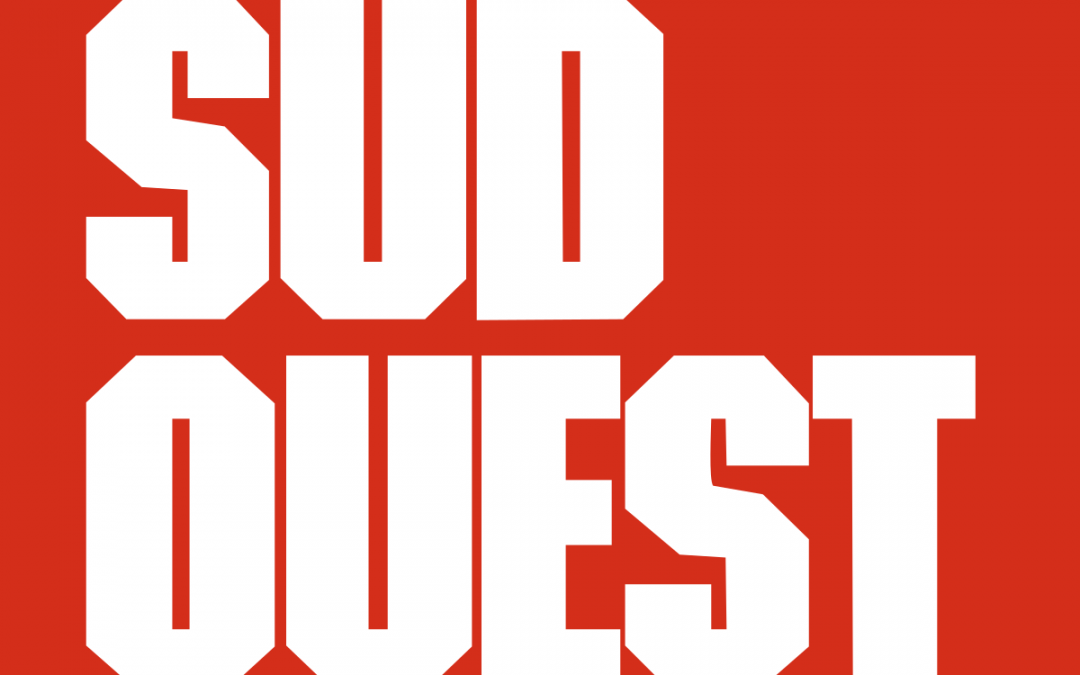 “Artists jostle to stay with Julia Douglas and Colin Usher, in a setting of old stones, calm and greenery conducive to creation.

A row of Scottish green shutters at the entrance to Nérac, that’s all it takes to recognise Studio Faire. It is in this charming 19th century mansion that Julia Douglas and Colin Usher, originally from Edinburgh, have created an artists’ residence. Popular, the place is sold out until the end of 2023.”

This October Friday, in the garden protected from view, the American Jocelyn Benford, cup in hand, takes the air before returning to the paint shop where her production is still drying. Inside the kitchen, a young resident is preparing a snack, while upstairs another is working on a writing project, without leaving her room. The atmosphere of Studio Faire is studious.

The hosts are not there to visit the villages of Albret or take advantage of the mild climate. “We take them to the restaurant the evening of their arrival, but then, some do not come out of their entire stay”, note the owners. Happy guardians of this haven of peace in the city, surrounded by Dougie, a black Labrador, and Nushka, a Siamese cat, Colin and Julia preserve their privacy in a wing of the building, while sharing the kitchen and living room with the residents.

“We are open from April to October and welcome three artists at a time, who stay for two or four weeks. Mostly Americans and Brits. We received our first French resident in July! Charlotte, a Parisian screenwriter. Nearly a hundred – writers, painters, designers, visual artists, musicians, dancers – have passed through Studio Faire since it opened in 2018. The couple have identified around twenty different nationalities, from all continents.

You have to pay 895 euros for the fortnight, double for the month. Julia, who – plastic artist by training – has artistic expertise, is in charge of the selection. “The quality of the work, the project and the experience count. The character of the person too. I reflect on the osmosis of the group. The people who have been here are friends for life,” she rejoices, gratified by the glowing testimonials left on the internet . Some residents had the opportunity to present, at the chalet de la Garenne or elsewhere in town, the fruit of their stay. All leave the proof in image of their passage, captured by Colin’s professional lens.

We are open from April to October and welcome three artists at a time, who stay for two or four weeks.
From photos of Mr Usher to decorative objects by Mrs Douglas, the house exudes art. “I myself did four or five residencies as an artist, when we were in Scotland, and it was on these experiences that we conceived our project”, specifies Julia. A project that could have been born miles away. “We discovered Nérac by accident”, says Colin, with a smile in his eyes. After a “road trip” of scouting taking them from Béziers – “too hot” – to Limousin – “too rural” -, the couple came a second time to France, on the recommendation this time, “to a friend of a friend’s Scottish, in Calignac”. Six years later, Julia keeps the map of this journey: it is scribbled with smileys at the Albret.

“Nérac is a little gem”, says Colin in French. Where the dream of a stone house is displayed at the price of a garage in the Scottish capital. They, who have always worked freelance, do not regret the investment, even if they had to roll up their sleeves to restore the 275 m² . “We did a lot of work during the lockdowns and it’s not over! », announce the owners, who are thinking of the full potential of the adjoining barn, spacious enough to double the accommodation capacity, create a music or dance studio… « Hello, Studio Faire? It’s Björk,” laughs Colin.”

This website uses cookies to improve your experience. We'll assume you're ok with this, but you can opt-out if you wish. Read More